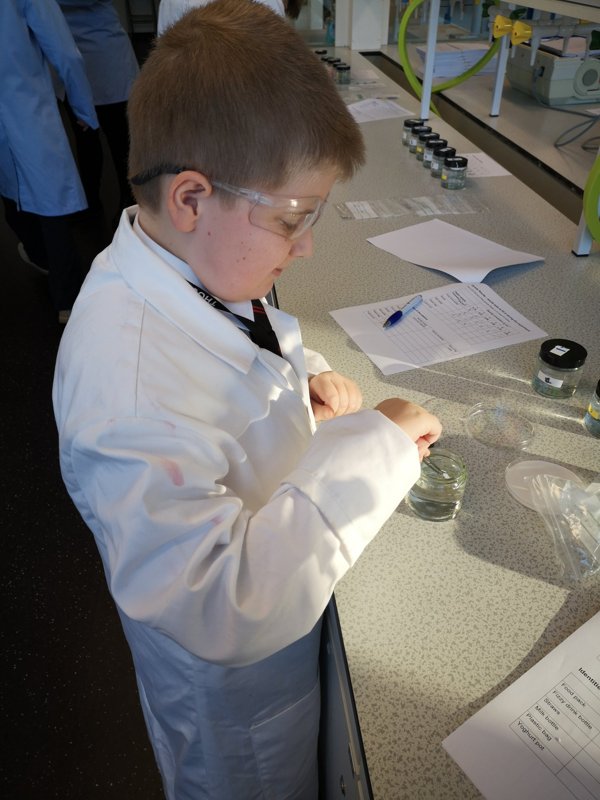 Year 8 students have taken part in a project with the university of Liverpool to survey plastic pollution on the Wirral coastline.

After collecting samples from near Fort Perch Rock in New Brighton in November, students returned to the university this week to identify the plastics they had previously found.  They started the day by estimating the density of the various pieces using a floatation method in liquids of known density.

Following this, students enjoyed a tour of the Materials Innovation Factory, the state of the art research centre at the university. They were shown electron microscopes capable of over times one million magnification and a new, unique robotics system, which one day they hope will successful separate oxygen and hydrogen from water and help to create the next generation of hydrogen powered cars.

Students then had the chance to choose ingredients to make their own bars of soap on a rope, using essence of lemon, cherry and lavender and including ingredients such as salt from the Dead Sea and porridge oats.

At the end of the day the students separated some of the plastics from the beach samples using a Buchner Funnel and vacuum pump and then looking at the samples using some of the university’s high powered light microscopes.

Head of Science at The Birkenhead Park School, Mr Mitchell, said: “Our Year 8 students have had a brilliant opportunity to experience working with Professor Helen Aspinall and her team in the university of Liverpool Chemistry department. Using state of the art equipment, they have separated, analysed and identified various plastics collected from New Brighton beach in November of last year. The students have gained valuable experience in lab skills, reading and following a method to create their own soap and using advanced Scientific equipment such as high powered microscopes and infrared spectrometers. A fantastic day was had by all, everyone gaining a valuable insight into an undergraduate level university experience.”

Year 8 student, Jayden, said: “I really enjoyed visiting the university today, I feel as though I have learnt some really valuable skills and used equipment which I have never used before, it was a great day.” 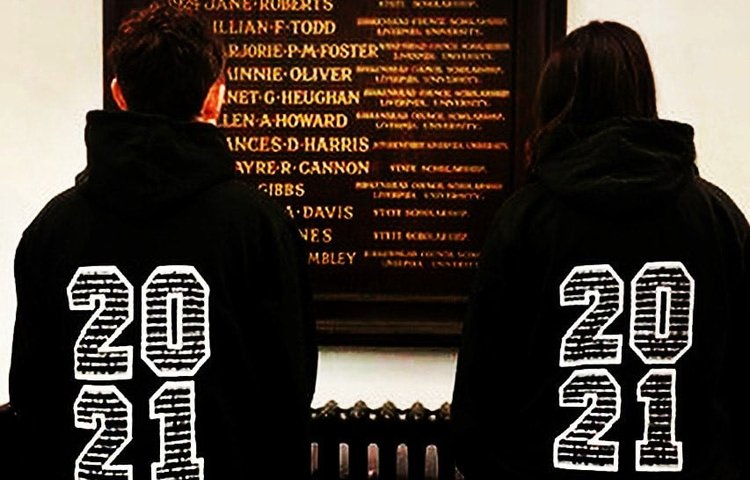